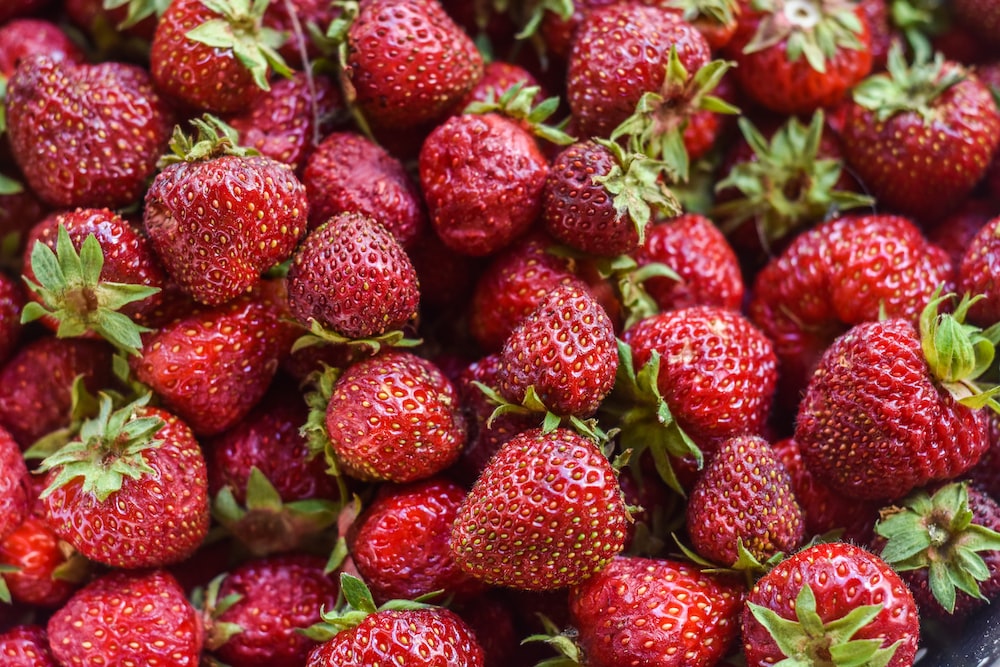 You probably freeze when you hear the term “cancer.” If you have a loved one who has been diagnosed or you are fighting the illness, it’s critical that you are aware of cancer-fighting foods.

We cannot ignore the seriousness of the disease when in the USA, more than one million people get cancer every year.

Cancer is a systemic  disease caused by different factors, such as toxin exposure, nutrient deficiencies, poor diet, and genetics.

One of the effective ways of treating/preventing cancer is by avoiding foods that increase the chances of getting cancer and increasing anti-cancer foods in your diet.

With the modern-food system, it’s very hard to decide what is healthy. Here are the foods that lower the risk of cancer;

The adage “An apple a day keeps the doctor away” is not a scam. Apples have anti-cancer properties because they contain polyphenols.

Polyphenols reduce cardiovascular disease, infections, and inflammation. They have also been observed to have the power of fighting the tumor.

For instance, polyphenol phloretin inhibits a GLUT2 (glucose transporter 2) that plays a role in advanced-stage cell growth in various types of cancer.

The Journal of Food and Drug Analysis showed that apples prevent the growth of breast cancer cells without affecting other cells.

Berries are associated with reducing cancer because they contain anthocyanins that have antioxidant properties.

A study was carried out where 25 people living with colorectal cancer were treated for seven days using bilberry extract. After a week, the cancer cells had reduced by 7%.

In another study, patients of oral cancer were given freeze-dried black raspberries, which reduced certain factors that progress cancer.

The same berries were given to rats, and it was observed to reduce esophageal tumor by 54% and decreased tumors by 62%

We can, therefore, confidently say that taking two or three berries in your diet may help prevent the development of cancer.

The benefits of cinnamon are endless, starting from dealing with inflammation and reducing blood sugar.

Some animal and test tube tests have shown that cinnamon can reduce the spread of cancer cells and even kill them.

Another test-tube test research showed that its oil significantly reduced a tumor and inhibited the growth of neck and head cancer cells.

Having 2-4 grams of cinnamon in your meal every day can prevent cancer, ease inflammation, as well as reduce blood sugar.

Your love for nuts is essential in decreasing the risk of certain types of cancer. A study carried out on 19,386 people eating a great number of nuts showed that they reduced the risk of dying with cancer.

Another research followed up 30,708 people who ate nuts regularly for 30 years and found that they had a decreased risk of pancreatic, colorectal, and endometrial cancers.

Other studies show that certain types of nuts reduce the risks of certain cancers. A good example is Brazil nuts, which may protect those with low selenium status against lung cancer since it is high in selenium.

Another animal study shows that mice walnuts reduced tumors by 60% and decreased the growth of breast cancer by 80%.

Adding a spoonful of nuts in your daily food can, therefore, reduce your risk of getting cancer in the future.

Olive oil has tons of benefits. High intake of olive oil may protect an individual against cancer.

Big research made up of 19 comprehensive pieces of research showed that people who consumed high amounts of olive oil had lower risks of getting digestive and breast cancer.

A different study compared cancer effects in 28 countries and found out that nations with a high intake of olive oil had decreased rates of colorectal cancer.

Swapping other oils in your meal with olive oil is good for your health. You can drizzle it on cooked vegetables and salads. You can also use it for marinating poultry, fish, and chicken.

The spice is known for its multiple health benefits. It has curcumin that has antioxidant, anti-inflammatory, and anti-cancer effects.

A study was carried out on 44 participants with lesions in the colon, which can become cancerous. After a month of consuming curcumin, 4 grams per day, the lesions reduced by 40%.

Another test-tube test  showed that curcumin reduced the spread of colon cancer cells by targeting certain enzymes that accelerate cancer. The test also showed that it reduced neck and head cancer.

The compound is also effective in slowing down symptoms of prostate, lungs, and breast cancer.

Eating oranges, lemons, grapefruit, and limes can reduce the risk of cancer.  A study showed that individuals who had a high intake of citrus fruits had lower risks of developing lung and respiratory cancer diseases.

Another review of nine studies showed that a high intake of the fruits was linked to lower risks of pancreatic cancer.

Last but not least, a review of 14 studies showed that three servings of citrus fruits every week reduced stomach cancer by 28%.

You can be, therefore, assured that adding citrus fruits in your diet will lower the risks of certain cancers.

High in heart-healthy fats and fiber, flaxseed is a healthy addition to your meal.  Research has shown that it can decrease or even kill cancerous cells.

A study with 32 participants (of women with breast cancer) was given a placebo or a muffin of flaxseed every day. At the end of the study, the group had shown a significant reduction in certain markers that measure tumor growth and a rise in cancer cell death.

Another study with 161 men with prostate cancer, was treated with flaxseed treated, and it reduced the growth of cancer cells.

The fiber in flaxseed has also been proven  to have the ability to prevent colorectal cancer.

Make an effort of adding at least 10 grams of flaxseed in your diet. You can mix it with your smoothies, add it to your baked foods or sprinkle it over yogurt or cereal.

Lycopene is responsible for the tomatoes’ red color and its anti-cancer properties. Increased intake of lycopene could reduce prostate cancer.

Another study with 47,365 people showed that a high intake of tomato sauce was associated with reduced prostate cancer.

You can increase your tomato intake by adding it to salads, pasta dishes, and sandwiches.

Allicin, an active compound in garlic, has been shown to kill cancerous cells in several test tubes studies.

A study with 543,220 participants showed that those who ate Allium vegetables such as onions, shallots, leeks, and garlic had a lower risk of having stomach cancer. Another research of 471 people also showed that intake of garlic reduced the risk of prostate cancer.

According to the findings, adding 2-5 grams of garlic to your diet is a big boost for your health.

More studies are still being carried out to know the effectiveness of garlic in the prevention of cancer.

You will be shocked to know that a spoonful of fatty fish in your diet reduces the risk of cancer.

A study showed that a high intake of fish lowered the risk of digestive tract cancer.

Another research followed that 478,040 adults and realized that those who consumed more fish had lower risk  of colorectal cancer. On the other hand, processed and red meat increased the risk of getting cancer.

Fatty fish like mackerel, anchovies, and salmon that contain nutrients such as omega-3 fatty acids and vitamin D are linked to lowering cancer risks.

As medical research continues, it is clear that your diet has a lot to do with your health. Multiple foods inhibit and kill cancerous cells. However, current research is mainly based on animal and test-tube tests.

More research is required to know the impact these foods have in the development of cancer in human bodies.

In the meantime, eating the above healthy foods is a sure bet of improved health when supplemented with a healthy lifestyle.

It’s a small cost to pay to stay healthy!